The Seven Sorrows of Mary

Flipping through a religious calendar, I came upon a list of the Seven Sorrows of Mary. As I mentally pictured Mary’s experiences, I pondered her most blessed and most sorrowful life. I met Mary heart-to-heart: her sorrows and her son’s agony became mine, and the Mother of Sorrows became the mother of my sorrows as well.

Let us enter into the mind and heart of Mary and reflect on the seven major sorrows in her life. Our Sorrowful Mother can teach us much about the sanctity of suffering and be a source of consolation to all who suffer.

The Church celebrates the feast of Our Lady of Sorrows on September 15.

First Sorrow: The Prophecy of Simeon
“And you yourself a sword will pierce” (Lk 2:35).

When Mary’s 40-day period of purification has almost ended, she goes to Jerusalem to fulfill the Mosaic Law and for the required offering to the Lord of every firstborn male. The law of purification does not bind Mary, always a virgin. Nor does Jesus, because of who he is, have to be redeemed. Yet Mary humbly obeys.

After the ceremony, imagine young Mary’s amazement when Simeon takes Jesus from her arms and acknowledges him as the Messiah! Only through divine inspiration can Simeon know this. Simeon blesses them and says to Mary, “And you yourself a sword will pierce” (Lk 2:35).

Mary shudders and holds Jesus close to her breast, as Joseph gently leads her out of the temple. Although Joseph is deeply shaken, his primary concern is for his wife and son. They return to Nazareth in silence, where Mary ponders these things in her heart.

Second Sorrow: The Flight into Egypt
“The angel of the Lord appeared to Joseph in a dream and said, ‘Rise, take the child and his mother, flee to Egypt, and stay there until I tell you. Herod is going to search for the child to destroy him’” (Mt 2:13).

Joseph hastily awakens Mary and relates his dream. She feels the sword’s sharpness as Simeon’s prophecy echoes in her heart. There is no time to worry—only time to pack a few essentials—as they prepare to flee to Egypt under cover of darkness.

The lengthy journey across the desert wilderness frightens Mary, but she never voices her fears to Joseph. However, she can’t help but think, Will there be enough food and water? How will we weather the excessive heat? What if the donkey stumbles? What if . . . ? The “what-ifs” could have paralyzed a person of little faith. But Mary continues to trust that God will take care of her little family’s needs.

None of this is recorded, so we can only imagine the hardships that the Holy Family endured while in exile. One thing is certain: nothing can sway Mary’s trust in God. She never questions. She ponders, letting the things she doesn’t understand simply be there in her heart, in complete conformity to the divine plan. Mary is a model of cooperation with grace.

Third Sorrow: Search for the Child in Jerusalem
“After three days they found him in the temple, sitting in the midst of the teachers, listening to them and asking them questions. When his parents saw him, they were astonished, and his mother said to him, ‘Son, why have you done this to us? Your father and I have been looking for you with great anxiety’” (Lk 2:46, 48).

Terror seizes Mary’s heart when she discovers that her son is missing. On the third day, while walking by the temple, the anxious mother hears the sweet sound of Jesus’ voice. “Joseph, look! There he is among the teachers!” They run to Jesus’ side, and Mary, with mingled joy and sorrow, speaks words of gentle reproach to her son.

Mary and Joseph realize they have a very special son—one who amazes even the teachers in the temple with his intelligence. Sometimes they whisper in Aramaic at night, sharing their innermost thoughts and concerns. Often, young Mary ponders these things in her heart while performing her daily tasks: grinding grain into flour to make bread, milking the goats, and spinning yarn and weaving it into clothing for her family.

Sometimes, in the cool of the evening, she sits on the flat roof of their home, the pain of Simeon’s prophecy and of Jesus’ disappearance merging and lingering—a pain as widespread as the profusion of flowers trickling down the hillsides of Nazareth in that April of Jesus’ 12th year.

Fourth Sorrow: Mary Meets Jesus on His Way to the Cross
“And carrying the cross himself . . .” (Jn 19:17). “A large crowd of people followed Jesus, including many women who mourned and lamented him” (Lk 23:27).

Mary’s life remains hidden—hidden in God. A widow now, she lives an inconspicuous life, pondering and accepting the mystery of her unique role and that of her son. When news of his miracles reaches her at Nazareth, she rejoices. But the disturbing news of the tension mounting in Jerusalem concerning an upstart named Jesus makes her apprehensive. She knows the sword is poised to pierce her heart more deeply. Yet she goes to Jerusalem for the Passover feast, hoping Jesus will be there.

Mary helps prepare the Passover meal. Quickly she dishes out the bitter herbs and vinegar and carries them to the Upper Room. Here, Mary participates in the first Eucharist. She comprehends all too well the full meaning of his words. We can only guess at the sequence of events. Perhaps one of the holy women finds Mary and tells her that Jesus has been arrested. “I must go to him!” she cries.

Mary pushes her way through the shouting, cursing mob. At last, she sees her son carrying his cross. Mary’s heart breaks in unspeakable sorrow at the outrage committed against his precious body. She is powerless to minister to him, except by her presence. Their eyes meet and speak volumes of love in a frozen moment of anguished silence. “Trust, trust,” Jesus’ heart speaks to hers. His unspoken words echo in her hearing heart. With renewed strength, she walks the Way of her son.

Finally they reach the hill of execution. The cruel soldiers stretch Jesus’ battered body upon the cross and, with heavy hammer blows, drive the sharp spikes into his hands and feet. Mary’s head pounds with each cruel blow. No one hears the silent scream that shatters her broken heart and echoes in the heart of God.

What now takes place is all according to God’s plan. Her son, the Son of God, has to suffer and die. John, the beloved disciple, puts his arm around Mary, steadying her. “My precious child,” she weeps, “heralded at Bethlehem, now suffering an ignominious and painful death!”

And then, through swollen, purple lips, Jesus speaks. Mary strains to hear his words. He looks tenderly upon his mother and, with great effort, says, “He is your son.” He looks at the disciple and emphasizes, “She is your mother.”

Sixth Sorrow: The Crucifixion and Descent from the Cross
After this, Joseph of Arimathea, secretly a disciple of Jesus for fear of the Jews, asked Pilate if he could remove the body of Jesus. And Pilate permitted it. So he came and took his body” (Jn 19:38).

Saying, “It is finished,” Jesus bows his head and dies. Mary remembers his words at the Passover meal: “This cup is the new covenant in my blood, which will be shed for you” (Lk 22:20). The dreaded time is now: the precious blood of her son is poured out for all humankind. The covenant is sealed.

Jesus, her son, the Son of God, is dead. In her heart, Mary dies with him. Two broken hearts—one pierced with a spear, one pierced with sorrow—become one: Jesus and Mary, forever united for the whole human family.

Mary’s sorrow is all the greater because of the greatness of her love.

Jesus’ body is taken down from the cross and placed in her arms. Mary embraces her son with a love beyond words, beyond grief itself. For now, it is the grief of a consummate sorrow. She, who had given birth to divinity, now presses the bloodied and battered remains of his humanity close to her sorrowful and shattered heart. “Let it be done according to thy will, Lord,” she prays.

Seventh Sorrow: Assisting at the Burial of Christ
“The women who had come from Galilee with him followed behind, and when they had seen the tomb and the way in which his body was laid in it, they returned and prepared spices and perfumed oils” (Lk 23:55–56).

The holy women quietly prepare the spices and ointments, and gather the winding sheet and the grave cloth, according to Jewish custom. Mary, the faithful disciple, insists on helping and returns to the tomb with the women. They go about their task of washing the body with great reverence and wrap it in long strips of linen, taking great care to pack the fragrant spices (including the myrrh and aloes Nicodemus had brought) between the cloth and the body, in order to reduce the stench of death.

Mary hesitates before placing the grave cloth over Jesus’ face. Tenderly, she kisses him one last, lingering time. John steps forward to take her hand and lead her to his home. Behind them, they hear the heavy round stone rolled forward to seal the cave. Mary’s pierced heart remains united to the stilled heart of the one they had pierced—the most Sacred Heart that was formed in her immaculate womb. With one languishing wail, she proclaims what others are just now beginning to believe, what she already knew: “My Lord and my God!” 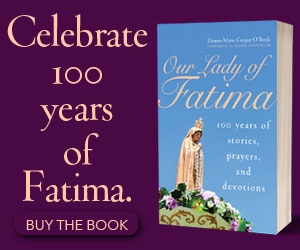