Scars from the Past

Here’s my confession: The laughter of my children bothers me. I’d be sitting on the sofa or fixing myself a sandwich and hear it from the other room. You know the sound: the rolling, uncontrolled ecstasy of play that starts bright and grows brighter still, until the laughter is coming in great waves like a ringing of bells.

That sound—the sound of my children—would terrify me.

Fear grabbed me fast and gripped me hard. Whatever I was doing a moment before was lost, and the insistence of it became the whole of my mind. I would hear the laughter build, and it would be like the flipping of a light switch. A click, and suddenly I was flooded and spilling over. I was angry. I was insistent. I was shouting into the distance of the rooms around me, “Quiet! I want quiet!”

It occurred to my wife, Kira, that this might not be how it appeared. Something was happening, and it kept happening. That was clear. Though it erupted in the wake of the laughter, my response didn’t seem “right-sized” to the laughter. The stimulus did not seem to match the outcome.

My wife understands old things. When Kira suggested that the anger “was not from here,” I knew what she meant. She meant that it was part of the buried gnarl of thorns that I carry with me from my own childhood.

I agreed, but I did not know what to do. The fear was a flood, and its presence was immediate. The anger that followed from the fear was also immediate. The kids were scared of it, and so was I. My demand for quiet and my reaction to their laughter were a growing problem.

Everyone grows up with pain. Many grow up with family secrets. For people who grew up like me, however, the frequency and intensity of the pain and the secrets create artifacts in the mind and the body. These are the old things.

They have fancy names that are hard to explain to children.

But my wife understands the old things, even though she did not grow up the way I did. Because of that, we have agreed to try to explain these old things to our two children—as much as we can—and to be open and honest about the work I do each day to release myself from them.

It took me longer than I would have liked to figure out that when I hear my children laughing with joy, a very old and very young part of me is trapped somewhere 40 years ago. I am a little boy, terrified of the shouting and the fighting I hear from the other room.

But the day came when I did figure it out. It didn’t suddenly make everything better, but it helped. I told Kira, and she hugged me. Then I told my kids, and they hugged me.

In our home, we name the old things. We work on them—together. 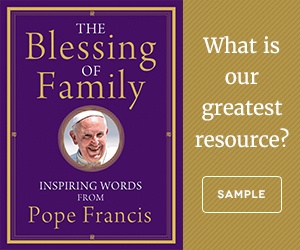