On Good Friday of 2018, the bottom fell out of my world when my husband, Bill, learned he had late-stage abdominal cancer. We’d been doctoring the previous nine months for a variety of symptoms—chiefly insomnia and an unsteady gait. His primary care doctor had ruled out cancer and other possible illnesses. Finally, back pain brought him to the ER where a scan revealed a “large suspicious mass around his vena cava.” Subsequent biopsies and scans in the next few days showed that the cancer had spread to his liver, lungs, and other internal organs. Because he’d felt no abdominal pain till now, all the specialists had missed it. At 74, Bill had at best six months to live. Chemotherapy might buy him a few more months, but it carried risks as well.

Bill and I had long ago signed advance directives for health care. Both his parents had been in hospice care during the last few weeks of their lives and wished they’d chosen it sooner because it was so much more humane than conventional medical treatment. Bill did not hesitate to accept this was the end of his life. “I’ve had a good life. I’m tired of being miserable. I’m done,” he insisted. We called hospice three days after the diagnosis.

Adjusting to a Transition

It was as if Bill had used up all his fighting spirit trying to stay active the past nine months. Before retirement, he’d owned a home inspection business that took him all over Cincinnati; he could navigate over 70 zip codes and understood houses from top to bottom. He was also a gifted carpenter who remodeled our kitchen and improved nearly every other room; he’d built a two-story (6-by-18 feet) playset in our backyard that was still sturdy decades later. In retirement he’d been busy as a community volunteer and activist in local politics. But nine months of insomnia drained all his energy.

Once Bill decided on hospice, he never left our home. Almost immediately, he lost the ability to walk unaided. Soon, he was no longer able to dress or bathe himself, or even to transfer from our bed to a wheelchair without my help. He was at risk for falling, so someone needed to be within earshot every moment of the day and night. At first, I was completely disoriented by the changes in my husband. With his can-do spirit and goofy sense of humor, he’d been my rock through decades of our happy marriage. Now it was time for me to be his rock.

A book about end-of-life care poses the question: “A year from now, when you look back, how would you like to remember this time of caring for your loved one?” I wanted to honor his wishes to stay at home and be cared for by family. Four of our five adult kids and their families lived nearby; I figured among us we could do whatever it took to make Bill’s remaining time as calm and comfortable as possible.

And in fact, I found within me an unstoppable river of love. I learned to manage his various, ever-changing medications. I found the physical strength to turn and lift and transfer him to a chair or bed when needed. I learned how to work with Bill’s near-falls and how to ease family tensions. (How much time should the grandkids spend with him? Who would give me breaks from caregiving? Would he receive better care in a nursing facility?) In the midst of turmoil, I tapped into more patience than I ever dreamed I had—sometimes when it was 3 a.m. and he needed help to the bathroom yet again, I got testy. But for the most part, I felt more love for Bill than ever before, and I was able to stay grounded in my best intentions. We even found things to joke about.

As the weeks went by, I realized I needed occasional breaks to keep up my own strength. I hired a home health aide to come four hours every Wednesday so I could continue attending my weekly art journaling class at a church-sponsored community center. It was a relief to drive to another part of town to be with a dozen strangers who knew nothing about Bill’s cancer. For three hours every week, I lost myself in color and texture as I experimented with watercolors, collage, lettering, and more. Teacher and accomplished abstract painter Barb Smucker has a rare talent for helping all us rookies believe we are artists too. She once called the art journal a “kitchen table for the soul”: a mixed-media sketchbook where we could capture daily impressions and emotions with images.

Every week Barb set out a glorious array of art supplies. She’d introduce a particular technique, offer a poem as a prompt, turn on music, and then set us free for “studio time.” No grades, no fixed assignments, no critiques. As we worked, she’d move from table to table, offering encouragement. Her smiling, caring demeanor made us eager to share our artwork with the group. Every Wednesday, I returned home refreshed for another week of caregiving.

Even better, I started projects in class that gained momentum through my week. It was as if Barb had unlocked a long-neglected room in my mind, one that was sunny and spacious, a room where I could retreat during spare moments when Bill slept. I’d recently reread Little Women, which draws heavily on Pilgrim’s Progress, so I decided to read that classic allegory as well.

Written by John Bunyan while he was imprisoned in the 1500s, Pilgrim’s Progress tells of the main character’s journey from the City of Destruction (his selfish, worldly life) to the Celestial City (joyful union with God), and of the many challenges, setbacks, and stopovers along the way. Although the book has fallen out of fashion, it was extremely popular for over 300 years as a self-help guide for Christians.

I decided to use my art journal to complete several journal pages based on Pilgrim’s Progress. One drawing showed a figure of Everyman looking across a hilly landscape to a distant range of mountains resembling the Celestial City. Another showed many tiny figures climbing uphill around boulders toward an alpine meadow that they could not yet see because of rain and cloud cover. To this drawing, I added text: “We can expect storms & boulders on our climb to Eternity.”

It was a welcome diversion to figure out how to capture my ideas on paper, using paints, colored pencils, and collage. Which medium would work best to make the mountains? How could I show the cloud cover? The art journal was small and required simple materials that were easy to keep handy on our dining room table. It became a portable studio that I could take anywhere in the house and still be available for Bill.

A Path to Deeper Insight

My art journal became far more than a diversion. It allowed me to create a visible frame of reference for Bill’s and my struggle with cancer. His body was caught up in an inner battle against disease that took all his energy, and I was fighting hard to find ways to care for him without totally exhausting myself. I already believed in eternal life, but my drawings of the Celestial City let me sense it more viscerally. They helped me believe that our sorrow and struggles had meaning, that both of us were ultimately headed toward a joyful place. Even when others were saying, “It’s so unfair,” or “It’s such a tragedy,” I was able to see Bill’s dying as a normal part of life, one that had spiritual potential and was full of opportunities for deeper love.

Bill had never been a religious person—he stonewalled the hospice chaplain and said to me: “He won’t make me religious! Don’t let him come back!” But as time went by, he softened. When I offered to pray over him, he no longer resisted. Holding his hand, I often prayed aloud for him to experience God’s love and to be released from his damaged body. His depression lifted some. My adult son and a neighbor also prayed with Bill.

Over time I kept adding to my art journal. Besides the Pilgrim drawings, I included sketches of Bill and other loved ones. I illustrated the nature poems Barb brought each week. I hand-lettered and illustrated various quotations that inspired hope. I called it my “noticing journal” because it really did help me to notice what was going on with me and Bill, and to notice the natural beauty of springtime unfolding in our backyard. The journal made me more attentive to our daily life together, as well as better able to imagine how our journey might fit into a larger story, a story of hope far larger than the awful cancer symptoms. Because it was filled with images, not just words, the journal was easy to share with visitors who asked how I was doing.

As the weeks passed, Bill grew so weak that he could no longer speak clearly. We ordered a hospital bed and placed it by a picture window where he could see the treetops and sky. When our hospice nurse made her weekly visit, she commented on how peaceful our house was. Although I was often frustrated or exhausted, I did sense an underlying peace in both Bill and me. We were suffering in different ways, yet we appreciated being together so intimately in his last few months. Even when he could communicate only by hand signals and touch, Bill and I had many tender moments—moments I will carry with me always.

Most important, Bill felt safe and valued. He was certain that I would do everything in my power to keep him surrounded by love and free from pain. For example, one evening two adult sons were visiting Bill while I dashed to the grocery store. My cell phone rang. “Dad’s in pain. He said ‘Call Trudelle. She’ll know what to do.’” I was able to tell him how to make Bill more comfortable as well as which medicine to give him. By the time I got home 20 minutes later, his pain had subsided and he was drifting off to sleep. It meant a great deal to me that Bill trusted me so much.

When he began “actively dying” 11 weeks after his diagnosis, all five adult kids gathered at our house. There had been clashes along the way, but by this time we’d all found reserves of love and acceptance toward Bill and even made some happy new memories. On June 9, he died with us around his hospital bed in our living room.

Now, it’s time for me to buy a new art journal. The one I started before Bill’s illness is full—a precious reminder of all the beautiful and tender moments we shared during his last weeks of bodily life. 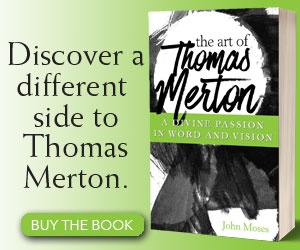