Day of the Dead: A Celebration of Life

A tradition steeped in history that stretches deep into Mexico’s past, Día de los Muertos (the Day of the Dead) is a colorful and joyous celebration of the lives of loved ones who have died. It traditionally begins on October 31 and culminates on November 2, All Souls’ Day. With over 30 million Mexican Americans in the United States, plus another 11 million immigrants from Mexico, the custom has been kept alive by Mexican Catholic faithful across the country.

Though the largest celebrations occur in the Southwest, the Day of the Dead is becoming well known throughout the United States as Mexican Americans and immigrants put roots down in other regions.

Since 2014, the Catholic Cemeteries and Mortuaries of the Archdiocese of Los Angeles have hosted Day of the Dead celebrations that, according to an archdiocesan press release, “offer a unique opportunity for our parish families to celebrate a Catholic tradition that unites faith, prayer, and cultural heritage to commemorate All Souls’ Day.”

For the first two years, the event took place at Calvary Cemetery in East Los Angeles but has since expanded to include the Santa Clara Cemetery in Oxnard.

The celebrations are free and open to the public and include a presentation on the symbolism and historical significance of the Day of the Dead. A blessing of the altars (ofrendas) honors the memories of the departed, and traditional dance, music, and arts and crafts are on full display.

Quoted in the archdiocese’s press release, Brian McMahon, director of administrative services of the Catholic Cemeteries Department, said of the celebration: “We have found that this spiritual and cultural event allows our patrons the ability to share and honor the stories of their loved ones’ earthly lives. . . . Over these past few years, we have seen how it brings families together. Rather than sadness, there is a sense of joy and happiness.”

In his homily during the 2017 event’s Mass on All Souls’ Day, Los Angeles Archbishop José Gómez reminded those in attendance that the Day of the Dead is a testament to the solidarity between the living and the dead.

“And as we remember the dead today, we are also asking them to pray for us,” the archbishop said. “And we pray for the living—that we might grow in holiness and love so that one day we will be reunited with them and rejoice forever in the banquet of the heavenly table.”

The usually somber cemeteries are temporarily transformed into places full of colorful calaveras (painted skulls crafted from either sugar or clay) and festive music, and the families of the departed mingle with each other and share stories of their loved ones.

It’s a powerful reminder of the importance of family, faith, and the belief that death is a bridge to reunification with our loved ones and with God.

In his homily on the Day of the Dead in 2017, Archbishop Gómez said: “Praying in this place today, we feel close to the dead, especially to our beloved ones in our own families. We know that death can never keep us apart—that nothing can separate us from the love of God.”

LIKE MANY TRADITIONS in Latin America, the roots of the Day of the Dead can be traced back to indigenous customs that predate the arrival of the Spanish in Mexico in the 1500s. In fact, some historians estimate that the honoring of ancestors through ritual and celebration goes as far back as 3,000 years. By the time the Aztecs rose to power in the 1300s, a monthlong festival took place that honored a goddess known as the “Lady of the Dead.” This goddess would later be depicted as one of the most famous icons of the Day of the Dead, La Calavera Catrina, a female skeleton wearing an ornate hat.

After the Spanish conquest of the Aztecs and the spread of Christianity throughout the land, the indigenous festival devoted to celebrating ancestors eventually became linked to the triduum known as Allhallowtide—which starts on All Saints’ Eve (Halloween) and ends on November 2, All Souls’ Day—and the Day of the Dead was born. Originally observed in central and southern Mexico, the tradition later expanded across the whole country and is now a national holiday. In 2008, UNESCO added the tradition to its List of the Intangible Cultural Heritage of Humanity.

With many Mexican Americans invested in keeping their cultural identity alive, combined with the large population of Mexican immigrants, the Day of the Dead is fast becoming a popular tradition in the United States. Celebrations in Texas, New Mexico, Arizona, and California are among the largest, but Day of the Dead festivities are popping up from coast to coast as the population of those with Mexican heritage continues to grow. A testament to the growing popularity of the tradition, the hit Disney Pixar film Coco (2017), which tells the story of a little boy’s adventure to meet his ancestors during Day of the Dead festivities, drew critical acclaim and won the Academy Award for Best Animated Feature. 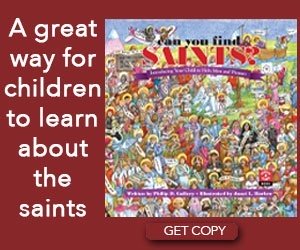