Wearing sandals, clad in a plain brown robe, and full of youthful zest, Sister Stephanie Baliga raises a small bullhorn. She stands near the doorway of a food pantry in Chicago, set to open in minutes. “Let’s pray,” she tells dozens of hushed volunteers, some in college and others retired. They loudly recite the Our Father. “Our Lady of the Angels—pray for us,” several sisters and volunteers conclude.

Then a conga line of people, who had been sipping coffee and eating pastries in another room, weaves through the pantry. Most push two-wheeled carts, but some have sturdy grocery-store carts while others pull large suitcases. Stationed throughout the rows of metal shelves bulging with food, volunteers hand out pantry staples such as rice and pasta. They also pass out artisanal bread, fudge walnut pie, frozen strawberries, and cans of Wolfgang Puck organic soup, courtesy of the corporate support given to the pantry from Trader Joe’s, Whole Foods, and other high-end stores.

The volunteers greet the patrons warmly. “Hi. How are you?” asks volunteer Emma Wills, a college student from Wisconsin here on spring break. “I’m blessed,” replies an elderly woman.

Most of the patrons are not Catholic. But they feel at home here. Clementine Tardy comes to the pantry “to support my family, to pay the bills.” She saves money and gains a sense of her own worthiness, not a feeling of diminishment at having to use a pantry. “I love it here,” she says. “It’s a beautiful place. It’s so friendly.”

Sister Stephanie hurries about, attending to needs, answering questions, and offering encouragement and prayers. A star runner in college, she is only 31. “I just adore her—all the sisters. She radiates such positive energy,” says volunteer Mariah Zingale, another college student from Wisconsin who is staying at the mission for four days along with nearly a dozen classmates.

Open on Tuesday mornings, the spacious pantry of the Mission of Our Lady of the Angels is located inside a shuttered Catholic school. The pantry is one of the mission’s many social services, and the former school is one part of the mission complex. The church, formerly Our Lady of the Angels Parish, is used for Mass and prayer services; its basement is used for community dinners. The mission also offers clothing, tutoring for youth, exercise sessions and computer classes for seniors, and after-school and summer camps for children.

The glitzy skyscrapers of downtown Chicago are visible three miles to the east. But this is gritty, impoverished West Humboldt Park, where the nerve-rattling pop-pop of gunshots and the wail of sirens rend the night hours. “It’s unbelievable. We’re so close to the gazillion-dollar megalopolis,” says volunteer Bob Rooney, a suburbanite in his early 60s. “People are so poor here. This is like the Third World.”

The mission is an unusual place, full of unusual stories. Catholic institutions often struggle to attract younger people, but the mission hosts throngs of young volunteers, eager to serve. Its eight Franciscan sisters are 41 or younger. The Franciscan priest who began the mission in 2005 once was on the fast track to success as a Price Waterhouse professional.

The Mission of Our Lady of the Angels is a story of transformation, even resurrection. It’s a place of solace and hope for neighbors. The religious have found a calling and a community here. And a school and parish that were the site of one of the worst tragedies in Chicago’s history have been reborn as a sign of God’s love in a neglected, blighted neighborhood.

An Oasis for the Poor

Julie Keefe, 56, has driven more than an hour from the suburbs to work at the food pantry. She’s a 2.5-year veteran, and she plans to keep coming indefinitely. “This is a very attractive place to volunteer. The nuns are filled with the spirit of generosity, gratitude, and kindness,” she says. “Some of the people have issues—addiction and mental illness. But there is zero judgment. They treat everyone with respect, honor, and kindness.”

In filling stomachs the mission feeds the soul too. “We provide a witness of Christ’s love for the poor. We draw people closer to him,” says Sister Stephanie. “Our goal is to bring Jesus to people, to allow Jesus to be present to them.”

The mission in some respects is a throwback to the past—when nuns were young and schools and parishes exuded pride, energy, and optimism. “The first time I was here a friend dropped me off and I was expecting 80-something nuns,” recalls Keefe. “Here comes Sister Stephanie bursting out of the building.”

Sister Stephanie’s energy is no exaggeration: She was the sixth-fastest freshman runner in the nation when she competed for the University of Illinois. The other sisters share pasts rooted in secular lifestyles and ambitions. Sister Laura Soppet, 29, was set to be a teacher before working as a maternity counselor for Catholic Charities and then discerning a call to religious life. Sister Jaime Mitchell, 41, once worked in the hospitality field. Sister Alicia Torres, 34, a whiz in the convent kitchen (her flourless chocolate cake is heavenly), was the Chopped champion on the Food Network’s reality TV cooking show in 2015. (She donated the $10,000 winnings for food for the mission.)

Ten Franciscans serve here: the founding priest, a brother, and the sisters. Father Bob Lombardo, a Franciscan Friar of the Renewal, began the mission after the late Cardinal Francis George asked him to keep a Catholic presence in the neighborhood. The first sisters who joined the mission had come here as volunteers and then sought out a religious community. They realized the mission was where they wanted to serve, and Father Bob received permission to begin the Franciscans of the Eucharist of Chicago in 2010.

Converting the former parish and school into a viable mission has been a daunting task. Our Lady of the Angels Parish had closed in 1990; the school stayed open until 1999 when declining enrollment led to its closure. When the mission started, the school and church were strewn with garbage and damaged by water that seeped in from leaky roofing.

Father Bob spearheaded a massive renovation. The church needed repairs that would have cost as much as $2.5 million. But volunteers provided labor, and donors came forward with supplies. Electricians did the wiring. Roofers donated materials and labor. The sisters and others sanded the pews and performed a slew of demanding manual chores.

Two other sites at the mission are significant in its story. A cross adorns the outside of Kelly Hall, a functioning YMCA with a basketball court and exercise equipment. Kelly Hall became a part of the mission because of a chance—some might say providential—conversation Father Bob had with the passenger next to him on an airplane. The two got to talking, resulting in an ingenious partnership between the Archdiocese of Chicago, the YMCA, and the Greater Chicago Food Depository.

“God is behind all of this,” says Father Bob. “He doesn’t come down to do it himself, but he provides the talents, the resources, and the people to get it done. This is all about unleashing the abilities God gave us.”

The second notable site is a memorial that juts up from a small, ordinary patch of grass outside the church and school. “This is hallowed ground, where the bodies were laid,” says Sister Stephanie.

On December 1, 1958, a fire, whose cause was never determined, crept up a basement stairwell, grew in strength and fury, and quickly engulfed the crowded school in flames. Ninety-two children and three nuns died.

Today, amid the assemblage of buildings, there are no ghosts, only the Spirit.

Father Bob was a resident advisor at Notre Dame when a student was stricken with spinal meningitis. The ill student was taken to the infirmary and then to the hospital. “I was with him when he died,” he recalls. The tragedy “got me thinking. I thought it was a phase. But it stayed with me.”

The inner nudge remained with him while he worked at Price Waterhouse in the 1980s. He left the corporate world to become a Franciscan priest and did missionary work in Bolivia and helped orphaned street children in Honduras before working with the homeless and troubled youths in Manhattan and the Bronx. His love for the poor caught the attention of Cardinal George, who asked him to set up a mission outreach in Chicago.

Father Bob didn’t presume to know what people in West Humboldt Park needed and wanted. He walked in the neighborhood, met his new neighbors, and learned their concerns. Over time, he succeeded in attracting ample volunteers and donations of time, talents, and treasures. But he minimizes his own role in the growth and success of the mission. “I don’t draw anyone. God draws people here,” he insists.

It’s not a neighborhood typically visited by people of means. West Humboldt Park is one of Chicago’s poorest neighborhoods, with a per capita annual income of $11,000. The unemployment rate is more than 40 percent. About 97 percent of the area children qualify for free lunches. Violent crime is a daily reality.

The sisters see beyond race and poverty, beyond the superficial barriers that normally separate people. “I love being here. God gives us the gifts we need,” says Sister Laura. “I love being with our neighbors and getting to know them. Some people here struggle with drug abuse or mental illness. I see Jesus in them.”

Diverse spiritual journeys led each of the sisters to the mission, where they have turned away from common hallmarks of success such as a good job and bountiful possessions in favor of serving the poor as Franciscans.

Sister Stephanie won 18 conference championships while in high school and continued at the University of Illinois. Then suddenly she went from training as much as 70 hours a week to hobbling around campus on crutches. She broke a bone on Valentine’s Day in 2009, which turned out to be the greatest break of her life. That event cracked open her love of God.

She started to attend Mass. She took part in a retreat that included eucharistic adoration, and it was as if a light turned on. “I was aware of the presence of Jesus in the Eucharist. That was more real than anything else in life,” she says.

Running is still part of her life, but now she runs for the mission. Last year she completed the Chicago Marathon in an impressive 3:14:51. She and other runners for the mission raised nearly half a million dollars in pledges from individuals and corporations.

The energy of the sisters draws the admiration of the mission’s regular volunteers. “They have such vigor. They attack the day. They are so gung ho,” says Rooney. The sisters’ passion for service led a volunteer to amusingly describe them to a Chicago Tribune columnist as “a bunch of young, funny, hard-charging nuns kicking ass.”

Today, as usual, the pantry line has formed early. Patrons sometimes gather as early as 5:30 a.m. There are socks, toothbrushes, and LED light bulbs in addition to the plentiful food. As always, fresh vegetables are especially prized. Evelyn Colon, a regular patron, has nine people in her household to feed, and her food stamps are nearly gone as the end of the month nears. The mission is “a blessing,” she says.

Even as it serves those in material need, the pantry serves its volunteers by feeding their spirits. Volunteer Keefe shakes her head in wonder at the effect the mission has on her. Once an older man using the pantry, obviously carrying burdens, smiled warmly at her when she asked him how he was. “Never had a bad day” was his chipper answer. “Never had a bad day? Who hasn’t?” says Keefe. “I get so much more than I give here.”

For more on the mission’s inspiring work to serve those in need, visit their website: missionola.com. 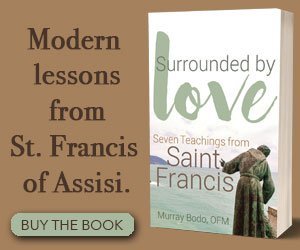 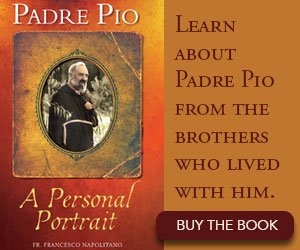