I received my first Eucharist from the hands of a sexual abuser—and this has shaken my faith. When I was a child, in the years after my mother’s death, I found comfort in my local parish community, including our pastor, Father Martin Boylan. Since he was our pastor for most of my childhood, my family got to know him quite well. His housekeeper was my grandmother’s close friend, and when it came time for me to choose a Confirmation sponsor, I chose her.

Father Boylan was kind to me and to my family. It was a tumultuous time. At age 7, I was navigating the death of my mother; my grandparents lost their only daughter at 32. I had such fond memories of him that, when planning my wedding, my fiancé and I asked him to officiate for us, which he happily did.

To my shock and horror, a couple of years ago, I learned that Father Boylan had been removed from active ministry for “personal reasons.” Having been around long enough to know what “personal reasons” usually meant, I couldn’t bring myself to believe it of him, whose presence was a hallmark of spiritually significant moments in my young Catholic life.

All that changed with the release of the Pennsylvania grand jury report in August 2018. The backdrop of this story is the Diocese of Scranton, Pennsylvania, and many names on that list were painfully familiar to me. One in particular—Martin Boylan—especially. It gutted me to read descriptions of the things that had been done to children and teens, and the crimes that had been covered up. I was pained to see the name of the man whose face will always be present when I remember my wedding day.

A credible accusation of sexual abuse of a minor was made by someone from the parish Father Boylan was assigned to before ours. He had been removed from active ministry in 2014 as the person—now an adult—had pressed charges. A small amount of digging uncovered that the charges were dropped last year because the man changed his mind and would no longer testify. Father Boylan remains a priest barred from active ministry.

As you may know from reading it yourselves, the grand jury report begins: “We, the members of this grand jury, need you to hear this. We know some of you have heard it before. There have been other reports about child sex abuse within the Catholic Church. But never on this scale. For many of us, those earlier stories happened someplace else, someplace away. Now we know the truth: It happened everywhere.”

Sadly, this was the case for me. I had just graduated from high school in 2002 when the Boston sex-abuse scandal broke. I was rightly horrified but also grateful that it hadn’t happened in my hometown—that no priest I knew would ever hurt a child. Or so I thought. However, for most of the past 30 years, investigations into the global Church have revealed patterns of abuse consistent with Pennsylvania on nearly every continent. This is not merely an American Catholic problem. This is a Catholic problem.

I am part of the problem as well. When I first became aware of the widespread abuse in Boston, I did not stop what I was doing long enough to pay attention, to call for change, to use my voice. I didn’t notice until it happened close to home, tainting the places that were spiritually significant to me. I finally woke up because this report features the place where I grew up and learned the contours of Catholicism.

The sense of betrayal runs deep. I was not abused, but I was betrayed. Men who said they stood for God, who were charged with teaching the faith, with being privy to our vulnerabilities, struggles, moments of joy, sorrow, and spirit tainted those moments forever with their poison. I will never be able to think of my first experience of the Eucharist or repeating my marriage vows without a fleeting thought of the man—in persona Christi—who enjoyed the privilege of witnessing those moments with filthy hands. I deserved better. We all, the body of Christ, deserved so much better than this.

Yet, despite its personal nature, this betrayal isn’t unique to me or to people from Pennsylvania. I’m not naïve enough to think this was a problem isolated to Boston, Ireland, Australia, Chile, Pennsylvania, and whichever community is next laid bare. Every state in the United States could produce a similar report. And I believe many more will: What we have seen is only the beginning. As the prophet Amos says so eloquently in 5:24: “Let justice surge like waters, and righteousness like an unfailing stream.”

However, in the face of what so obviously is a call to serious repentance and change within the Church, what we, the lay faithful, have heard are the same empty platitudes and meaningless gestures as in every other case. No one associated with the Church hierarchy has spoken loudly enough of repentance, of reform, of tearing down and rebuilding unjust and rotting structures that prop up these abusers and their crimes. These crimes cry out to heaven for recompense.

A pair of verses from the Old Testament began to repeat over and over in my mind during moments of prayer. As is usual in my dialogue with the Spirit, no answers were forthcoming—only an abiding sense of presence and these two passages: “Come, let us rebuild” (Neh 2:17), and “I will lead her into the wilderness” (Hos 2:16). I scribbled both down and tacked them to my bulletin board.

I knew when I hung these up that the words were given to me by God, and I needed to keep seeing and thinking about them. With the passage of time, I understood why. These are days of reckoning for the Church, and the Spirit is calling us to assist in the work of tearing down, brick by brick, the evil that has infected the body of Christ. Like St. Francis, we are being called to rebuild Christ’s Church.

I knew these were messages from the Spirit. I’d been looking at those passages for a month, wondering what I was tearing down and which wilderness I was being led to. The Church today is the wilderness. Laypeople, good priests, sisters, and brothers who mourn and cry out for justice: We are in the wilderness. We, the faithful, have been lied to and abandoned. While women and families staggered under the heavy burdens of Church teachings on sexuality with little compassion or support from the pulpit, a good number of the men promulgating those teachings were assaulting children and teens.

We have been treated as simple-minded inferiors, incapable of grasping the complexities of faith and the spiritual life. Instead of genuine communion and compassion, those charged with being our shepherds have disregarded the well-being of our children, our families, and our souls.

It may seem hopeless, and I think in many ways the current Church hierarchy is. In patriarchal structures such as these, abuses of power come as no surprise. Of course, I know many wonderful priests, deacons, and religious who give of themselves unfailingly and would rather die than ever hurt or allow a child to be hurt.

Yet, these men and women are often at the bottom of the power structure. This must change. Every single Catholic, through the grace of Baptism and Confirmation, is called to holiness and to act as part of the priesthood of all believers. Every single one of us is called by God. No one is exempt.

We are in the wilderness today, but the Spirit has equipped us for such a time as this. Everything must change, and we are the ones who will shape the narrative. We bind the wounds of the broken, bring the good news to the forgotten, and suffer with the suffering. We share the sacramentality of creation with all. We boldly speak the truth to power, using our voices for the voiceless and our privilege for the marginalized.

We write the vision and keep on writing it. We preach, we teach, and we offer whatever amount of water we have to put out this unholy fire. We embrace our identity as beloved children of God. We know that our kingdom is the justice and flourishing of every living thing. The challenges are great, but so is the God who calls us to go into the wilderness to rebuild the Church. 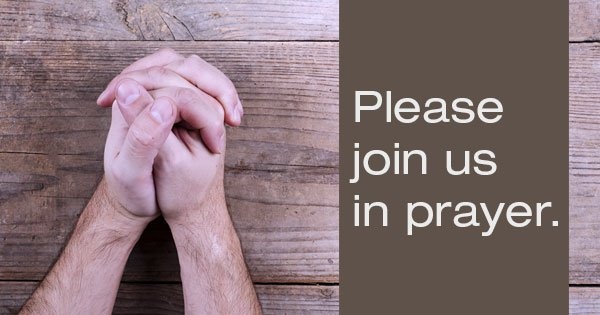